Naturally radioactive substances (radon, uranium) as well as anthropogenic substances such as pharmaceuticals, fertilisers and pesticides as well as chemical substances from pollution legacies in water determine the discussions about the possibilities of removing them as the methods for detecting them become increasingly sensitive. Further statutory reductions in the limits are foreseeable. Since it is no longer always possible to simply tap into other unpolluted water, it is already now necessary to think about process for eliminating or reducing trace substances.

We can already draw on correspond experience in many problem cases. Do not hesitate to ask us if a corresponding problem also arises at you.

AOP processes are also being increasingly used. AOP stands for Advanced Oxidation Process. Combination methods such as ozone/hydrogen peroxide or UV/hydrogen peroxide give rise, among other things, to highly-reactive OH radicals, which support the trace substance degradation or make it possible. 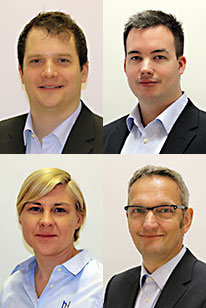